This is about two hours each of LRGB (in each filter) with the Takahashi FSQ85 telescope and Atik 460 CCD camera with Baader LRGB filters.  I did not use a Ha filter on this image.  The data was collected on 29th November 2013 and it was the second light of the telescope (first light being The Double Cluster here).  The telescope performs superbly and is very well colour balanced.

At a distance of about 2.8 – 3.0  million light years, M33 is the most distant object that can be viewed by the unaided eye and is visible in a dark sky setting as a very tenuous patch of light.  Being a face-on galaxy, it has rather low surface brightness and it lacks a bright central core making it quite hard for beginners to find as they expect to see something much brighter and more colourful. 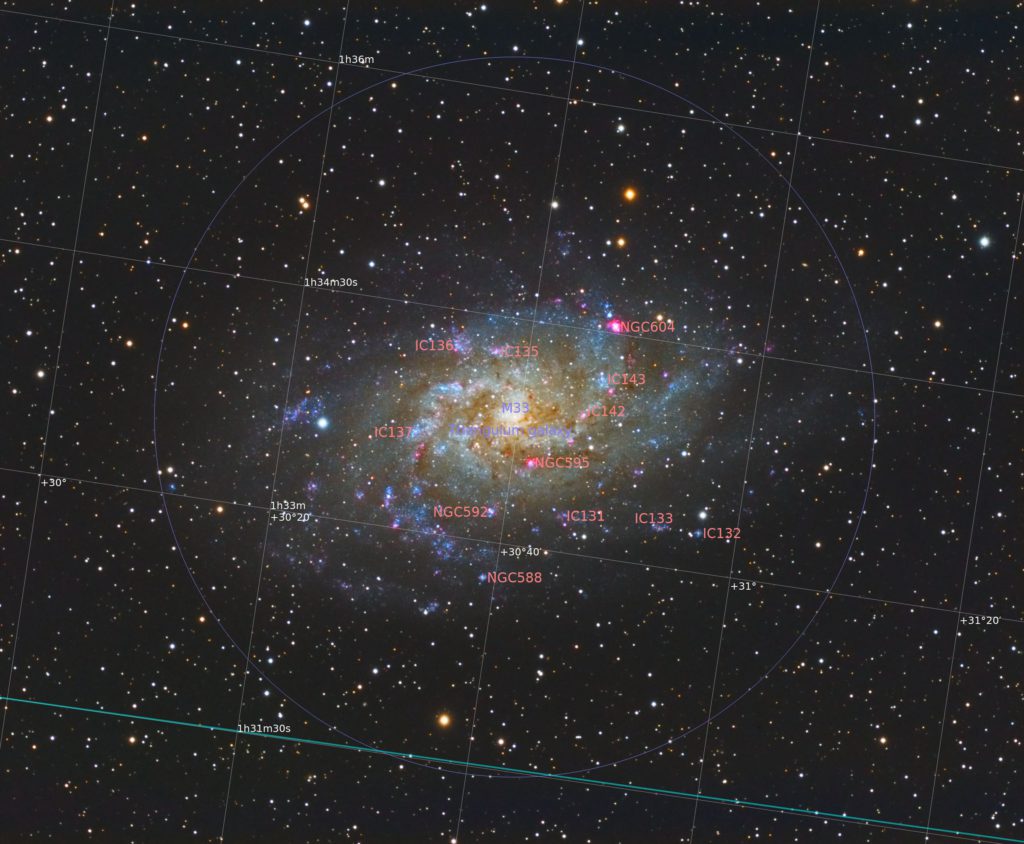 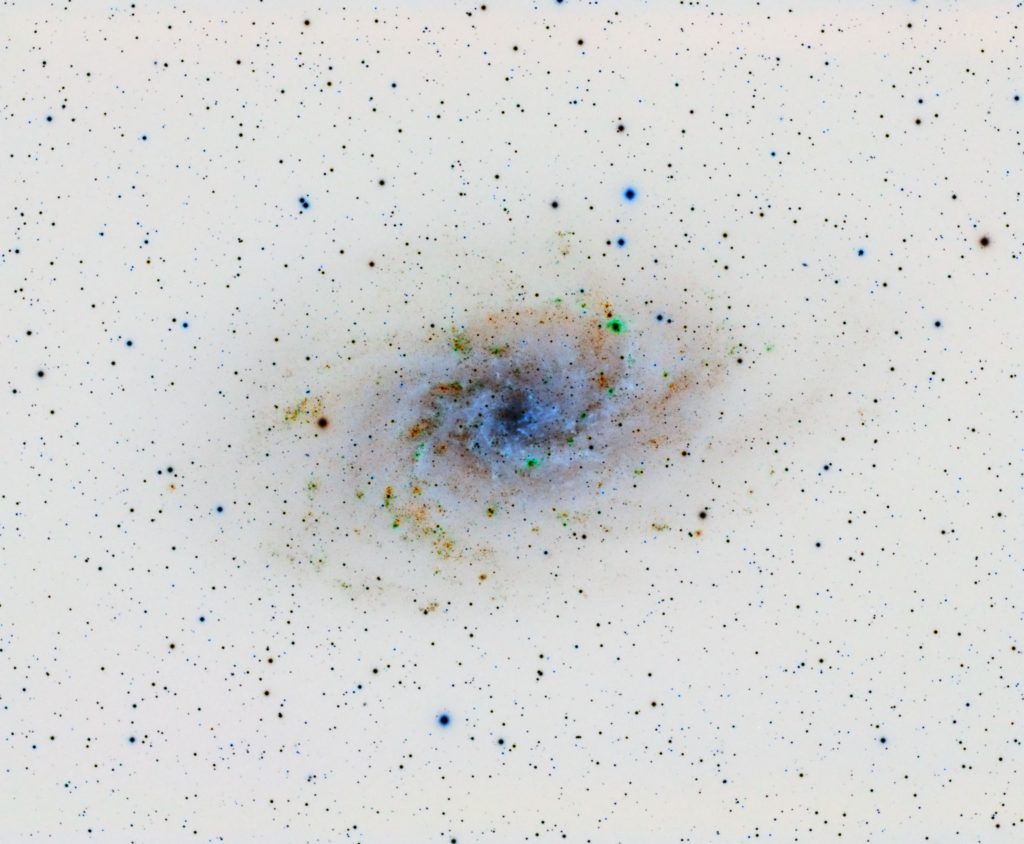 The two above images show an annotated and an inverted version of the galaxy. 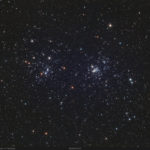 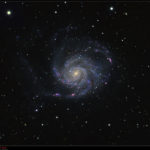