M81 is a face on spiral galaxy in the constellation of Ursa Major and it (and nearby M82) are the most northerly of the Messier objects.  It is easily visible in binoculars as a faint smudge.  Its open spiral arms and red HII star forming regions make it a popular target for amateur and professional astronomers alike.  In this picture note at the four o’clock position the very faint satellite galaxy Holmberg II.

It is located about 12 million light years away, placing it outside of the local group and it is steadily receding from us.

I have imaged M81 in several settings.  This picture was taken with my TEC140 refractor and Atik 460 CCD camera with Baader LRGBHa filters.  It contains five hours of luminance of 900s exposure, two hours of Ha data and 90 minutes in each of RGB to give a total integration time of about twelve hours. 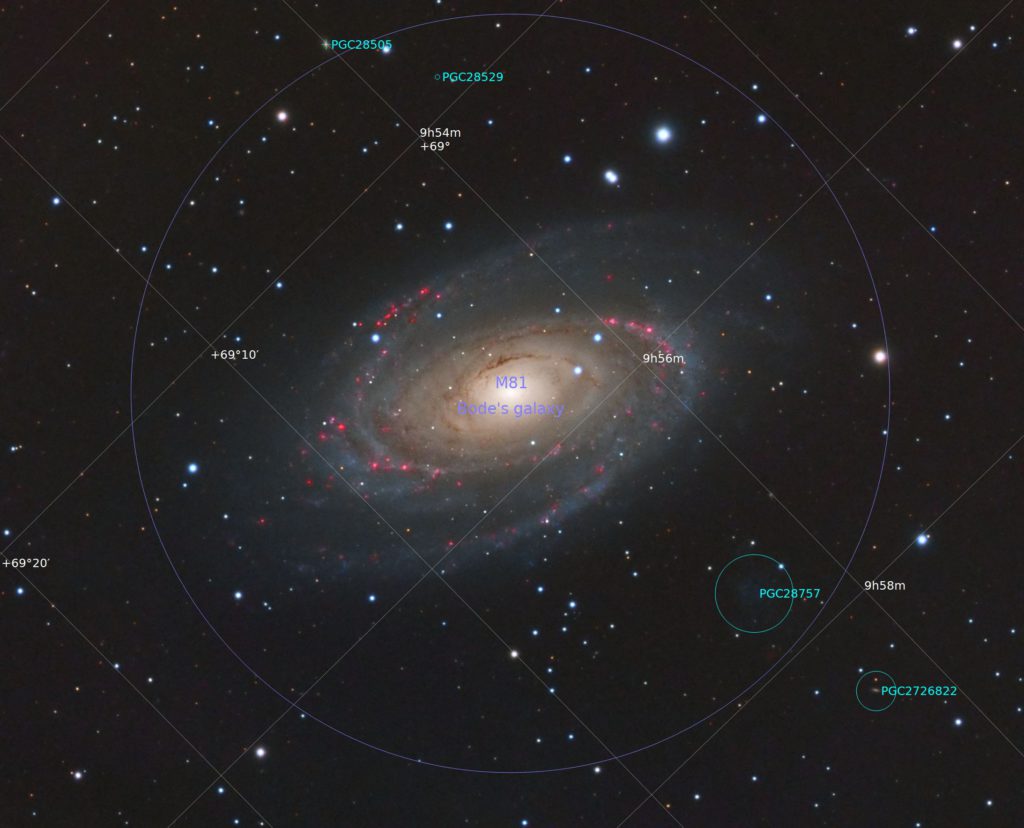 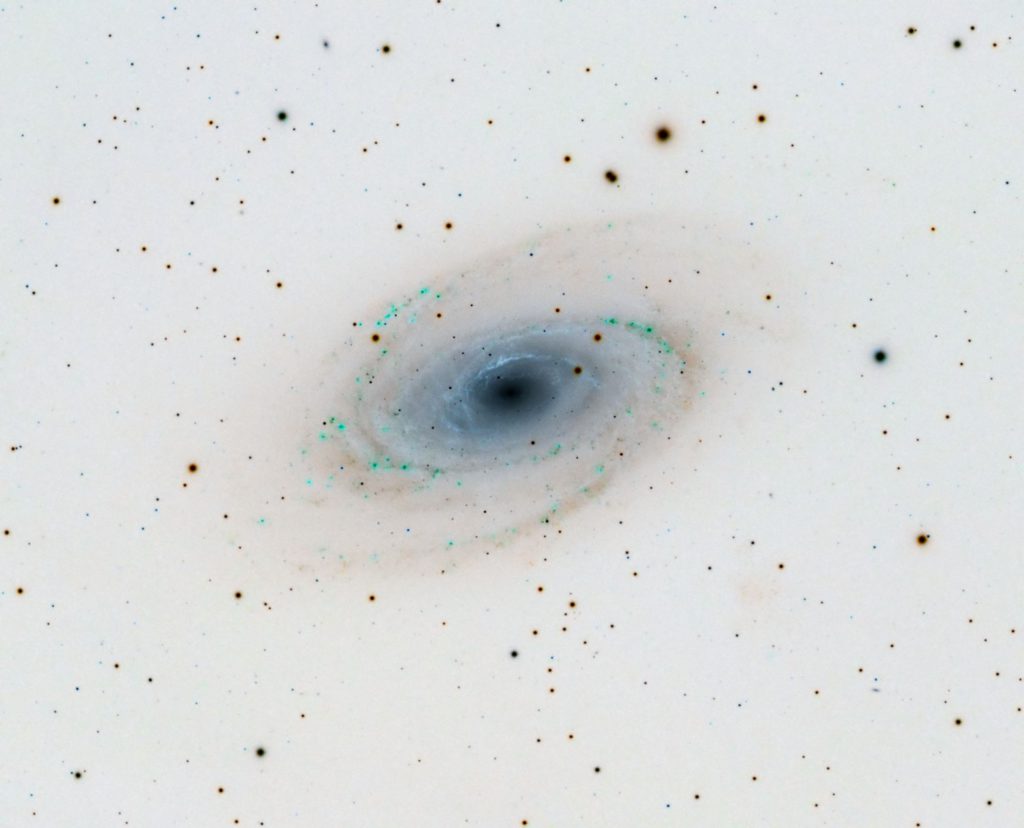 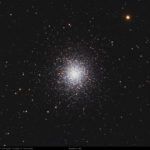 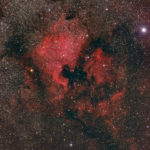